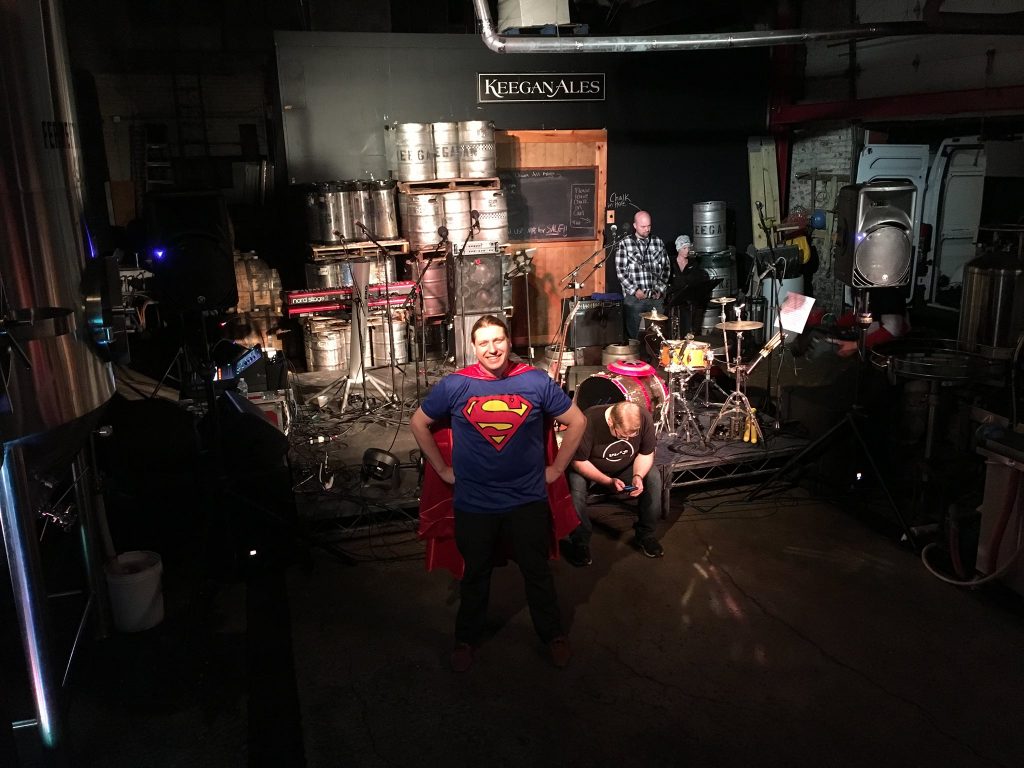 You don’t want to miss The Big Shoe! They are a fan favorite of Keegan Ales with their unique Rock, Funk and Soul

In the cold winter of 2007, Chris Snykus and his then bandmates in Jupiter Sunrise invited some friends to jam sessions at their rehearsal barn. After many a jam and a few New Paltz open mic nights, a core group of funky fellas was formed. Snykus, Joe Brooks, Sean McLaughlin, Seth Rivers, Jared Anderson…the BIG Shoe was born and ready to party! Since then, they’ve built a local following and currently play most weekends throughout the Hudson Valley including Poughkeepsie, New Paltz and Kingston and as far south as Lower Westchester. We’ve just added our new friend Brian Zeller to the mix!

Most of the members of the band are from the local ska-funk band Perfect Thyroid. The energy and talent from PT is definitely seen in the BIG Shoe’s performances. A number of musicians often sit in with the Shoe, including Chris Hanson, Jon Stern, as well as locals David Kraai, Lucas O’Keefe-Sommer, Owen Sczerba and Steve Schultz.

As for their set list, the Shoe plays a few audience approved originals but mostly bring their own style, funk and humor to a wide range of songs from artists such as Stevie Wonder, Michael Jackson, The Commodores and Kool & The Gang to Foo Fighters, Rage Against the Machine and Peter Gabriel. This infusion of comedy into a great selection of party and dance music will have you laughing and dancing all night!

Check them out here!