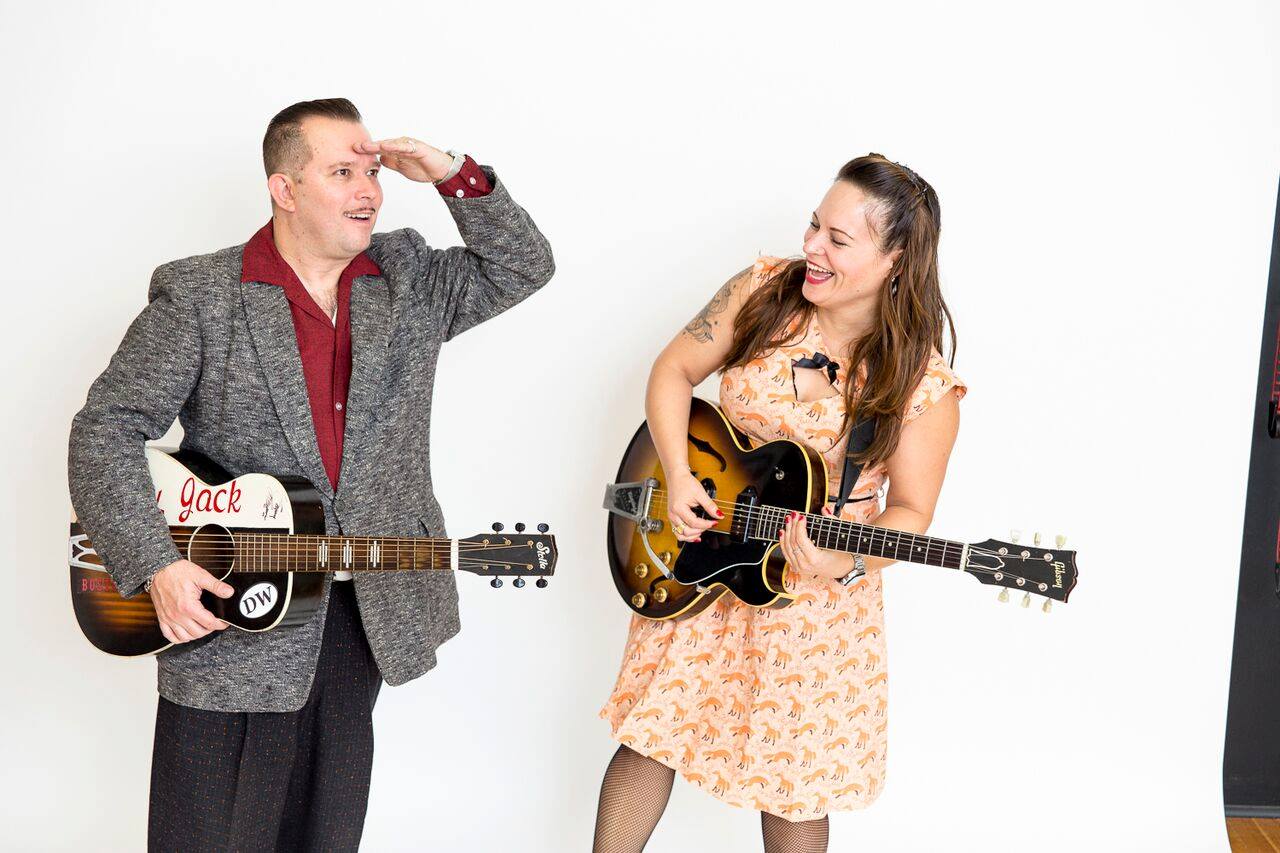 We at Keegan Ales are excited to welcome Jittery Jack and Amy Griffin to $3 pint night!

Jittery Jack “The Boston Rocker”, brings his East Coast bang to the world of Rockabilly and 50’s inspired Rock ‘n’ Roll. He has headlined at the Viva Las Vegas festival numerous times, (is also one of the host MC’s of the event) and has toured internationally headlining many festivals including UK’s the Rockabilly Rave and Australia’s Camperdown Cruise. Jack has also recorded for both Wild Records in Hollywood, CA and Rhythm Bomb Records in Germany who released his 2014 full length, “Gonna Have A Time”.
A music video for the song “Something Wicked This Way Comes” is available to accompany the 45 release of said song. 2016 saw the release of a collaboration with Rockabilly guitar legend, Darrel Higham with a full length recorded in the UK. “Darrel Higham meets Jittery Jack” on the UK’s Foot Tappin’ Records.
Alongside Jack is the “Rockin’ Guitar Gal” Amy Griffin, one of the roots/americana/rockabilly scenes premiere guitarists. She has played stages all over the world, including The Conan O’Brien Show and HBO’s Reverb.